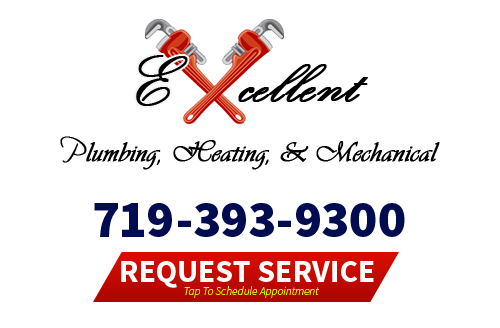 No Claptrap – Just the Straight Rap on Plumbing Traps 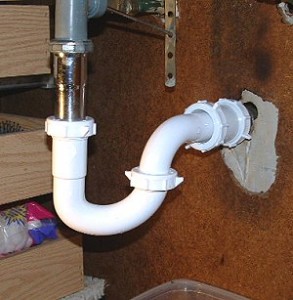 What is a Trap?

Draining sewage and waste out of your Colorado Springs home or office can get smelly. That’s because fumes from gases like methane, nitrogen, hydrogen sulfide and carbon monoxide are a by-product of wastes. The job of a plumbing trap is to keep these gases (and their odors), and also small vermin, from entering your home or office via the drain pipes. How does a plumbing trap work? It works by creating a water seal by allowing a small amount of water to be retained in the trap and not allowing anything back up through the pipe. All plumbing fixtures, sinks, toilets, tubs, showers, utility sinks, washer drains, etc. have a trap of some kind.

Some traps are integral with appliances and some are separate and located beneath the pipe (so that waste and water drain into it, but not back out.) Often, toilet traps are integral and traps such as those for sinks are a separate also known as an attached trap. Large industrial traps that are found outside of a dwelling and work to keep the main line from being odiferous are called gulley traps. Traps attached to sinks, washing machines, and other draining appliances are called p-traps if they drain through a wall or s-traps if they drain through the floor. In addition there are actual floor traps or Nahini traps that work with a grate system in the floor of your tub, shower, or basement floor for draining. Finally, another common trap is the final trap that separates residential waste from the main sewer and it is called an intercepting trap. Plumbers have a specific set of codes they must adhere to which keeps your Colorado Springshome safe. These codes designate which type of pipe (PVC, cast iron, etc) can be used for each type of drain system and trap. Also, they regulate the size of trap that must be used (a plumber can’t install a larger trap than the diameter of the drain line), how far down in millimeters the trap must be to ensure proper drainage, that they are self cleaning, and that they do not depend on moving parts to create the water seal. There are more specialized traps for specific purposes, i.e. an upstairs toilet would require a “q” trap instead of an s or p trap, but the intention of the trap is the same. You should consult your Colorado Springs plumber, who will know the exact codes and proper application of each drainage system component.

There are many reasons why a plumbing trap’s seal may be in need of repair. These could be trap siphonage, where velocity from some other location has built up so much that it completely drains the water seal from the trap. There could be back pressure in the trap, which is the opposite of siphonage. Instead a large amount of waste is expelled, creating a compression in front of it and it can backfire back into the building. Also a culprit is capillary action, where inappropriate items have been lodged in the drainage system and are blocking the trap seal by sucking up the water. While these issues are sometimes easy enough to fix for an intermediate DIY’er, you should probably call your Colorado Springs plumber to get a work estimate just in case the problem is more involved or compounds as you begin to resolve the issue.

If you are looking for a Colorado Springs plumbing trap specialist then please call 719-393-9300 or complete our online request form.